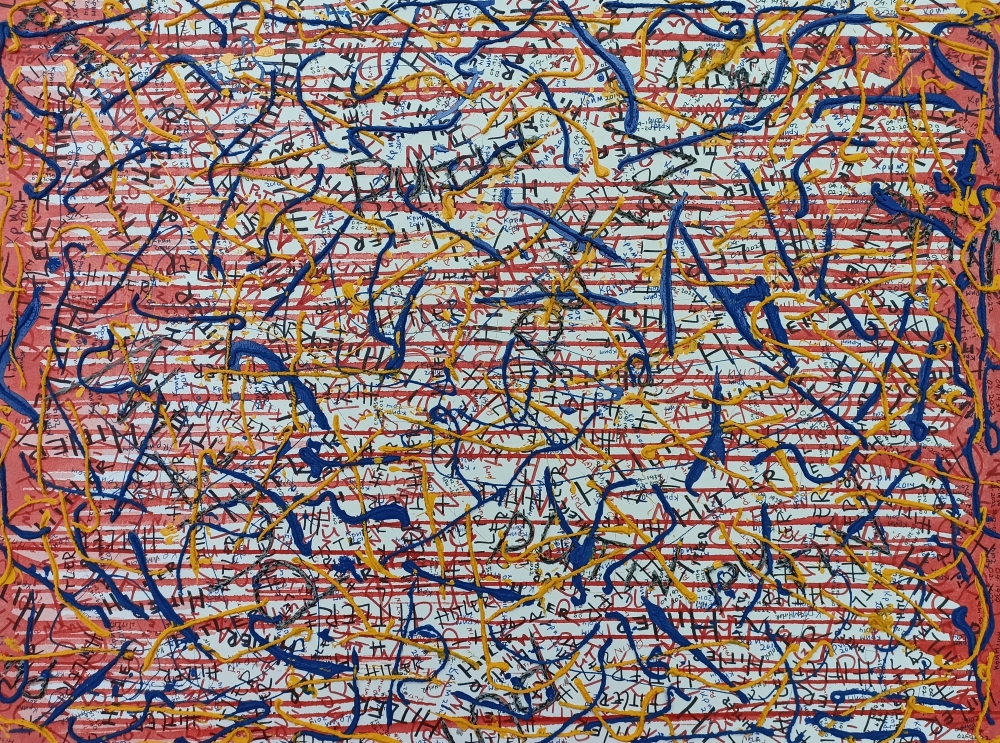 5000.00
“Ukraine Victory” was created in adjacent to 3 other canvases (“Crimson Sky”, “Sapphire Sky”, and “Porcelain Sky”) in respect and honor to the bloodshed, by all those valiant hearts fighting against the aggression of this Hitlerian Tyrant, Vladimir Putin. “Ukraine Victory” and the series is my scream to the world hoping someone will take notice of the actions so very similar to Hitler’s opening of the second world war, now being committed by his Protégé Putin. Must, Putin establish new concentration camps before his murderous spear, promoted for arrogance and ignorance is stopped? “Ukraine Victory” depicts the similarities of Putin and Hitler and Celebrates the Honor of all those defending Ukraine. Within the composition, names of Hitler and Putin boldly pronounced in various materials, dates of the starting of WW II and Putin’s two invasions of Ukraine, also we find blood stains crossing the entire canvas, left to right, right to left (representing the victims of both the aggressor and the defender) each drop of blood shed for the actions of Hitlerian Tyrant Putin. Finally, the entire underwork is covered by pieces of broken ropes embedded with the colors of Ukraine. Demonstrating The greatness of the Ukrainian People to overcome the Tyrant and break away from the restraints of his ignorance. 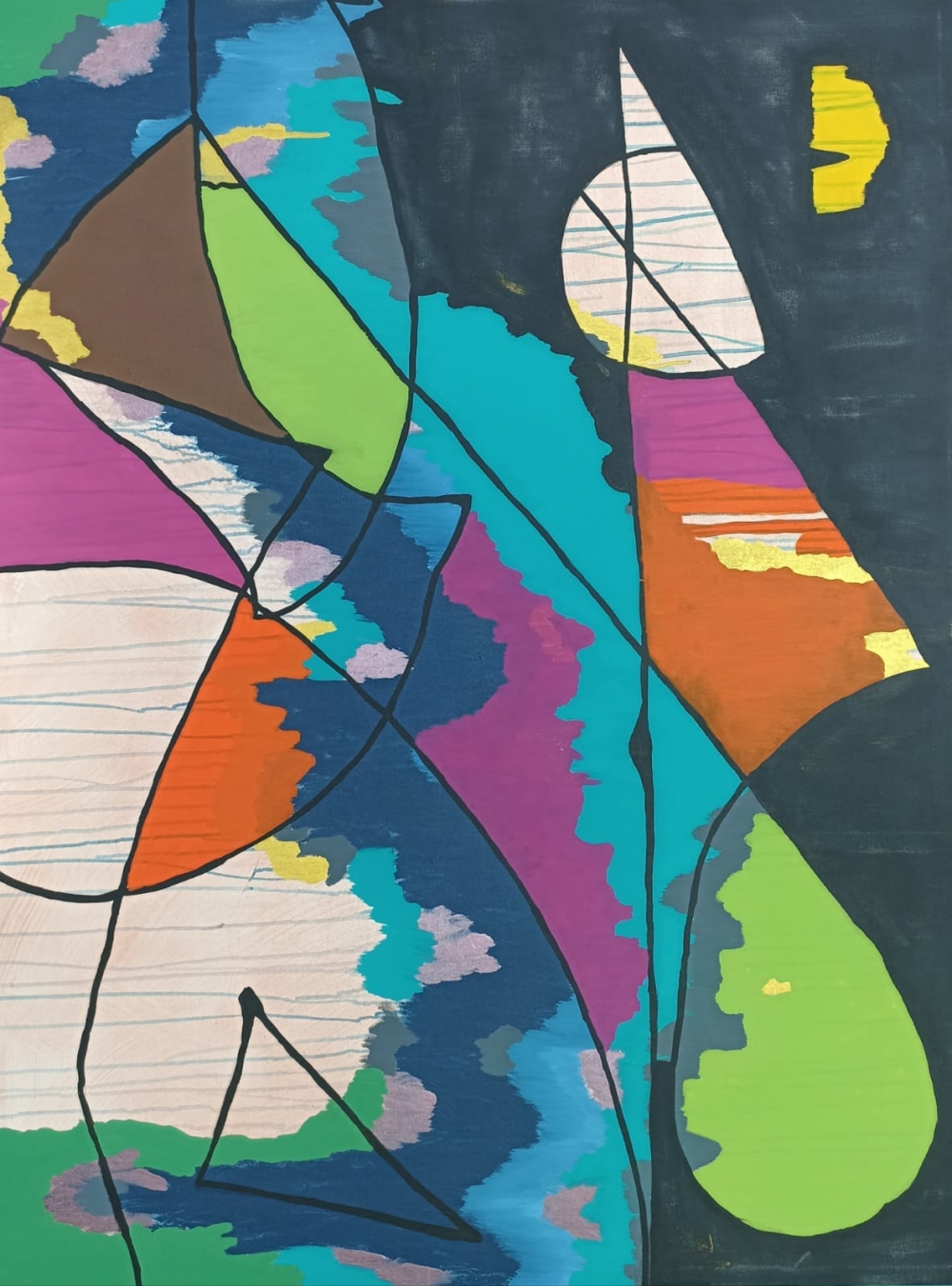 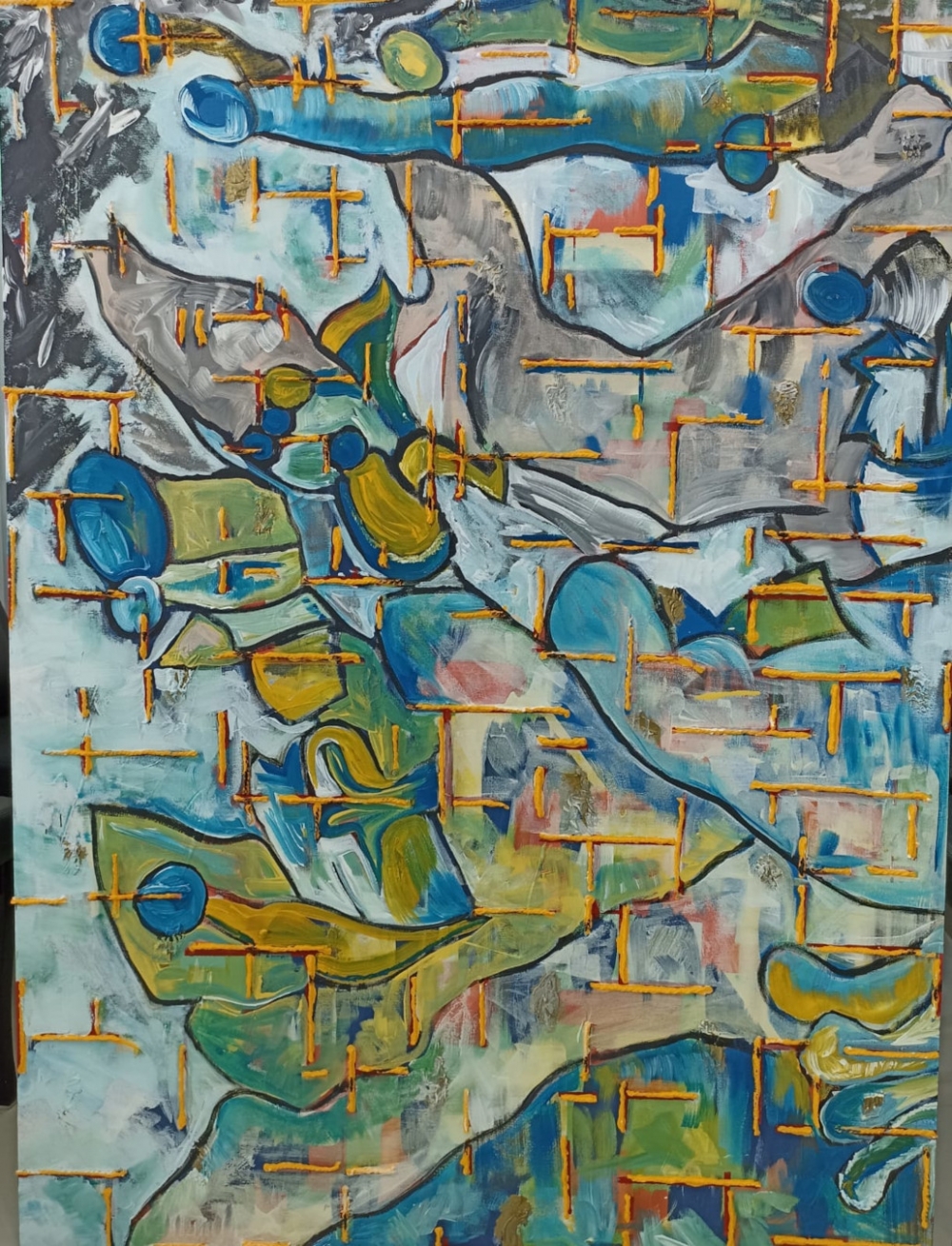 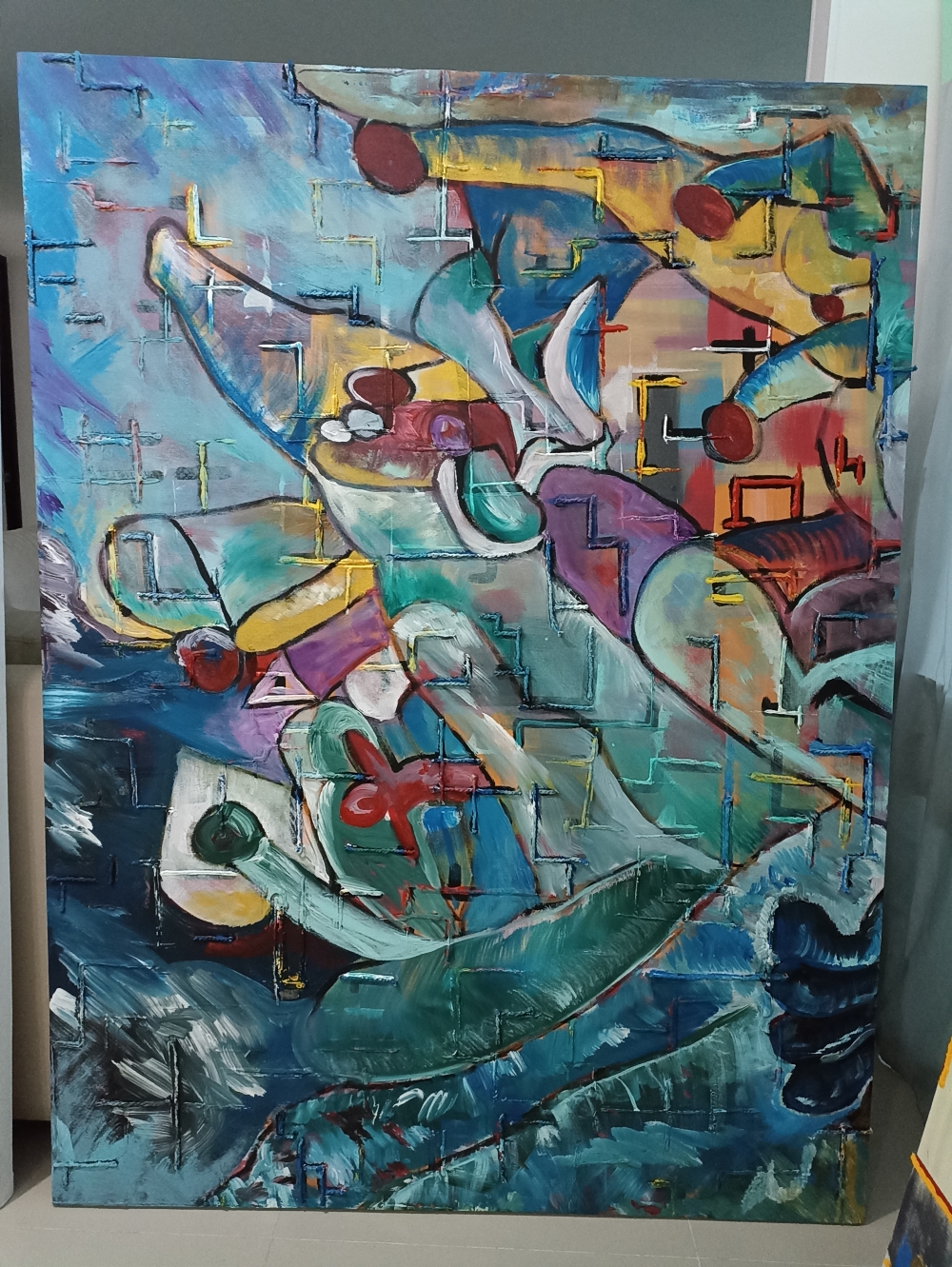 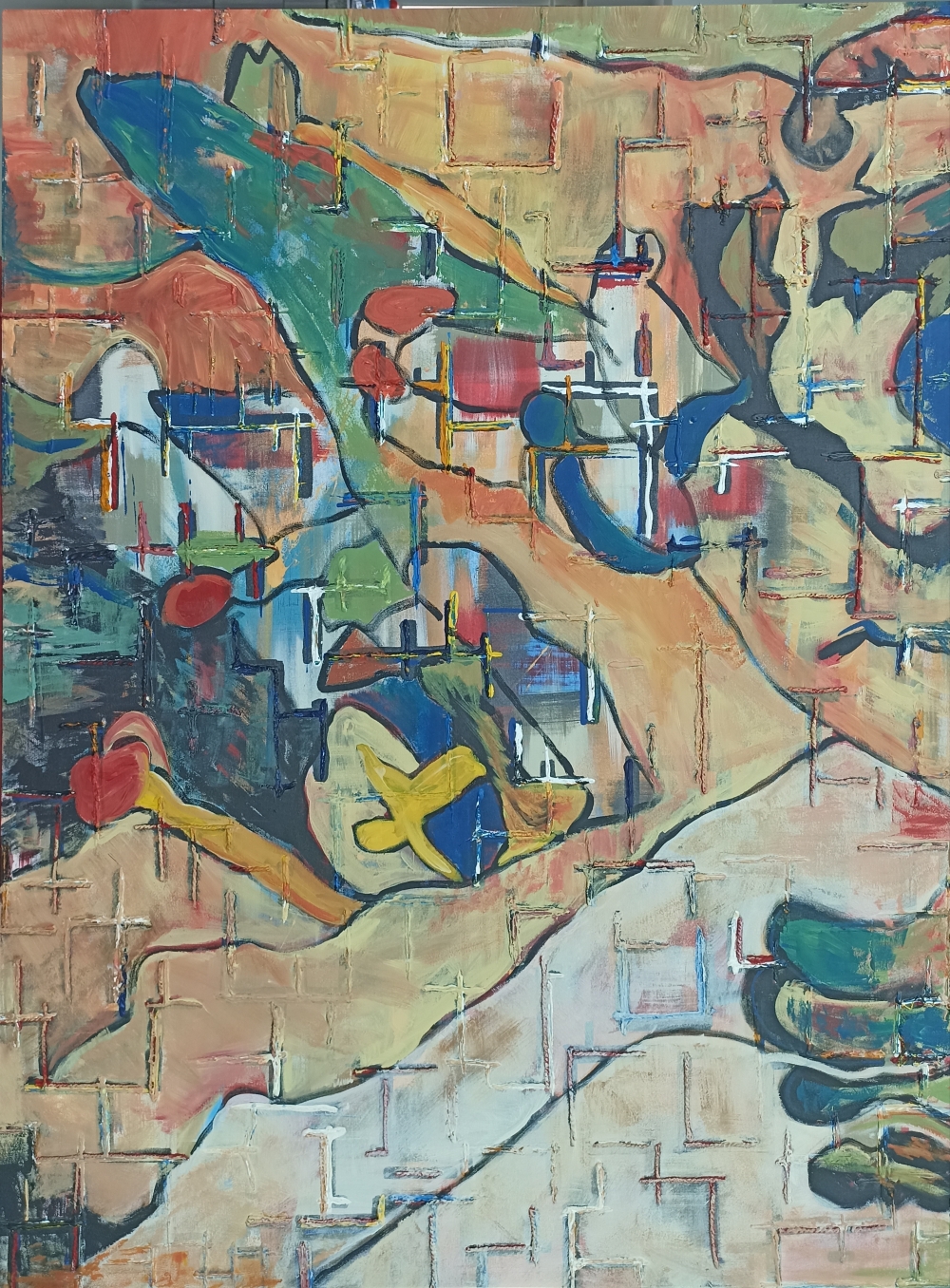 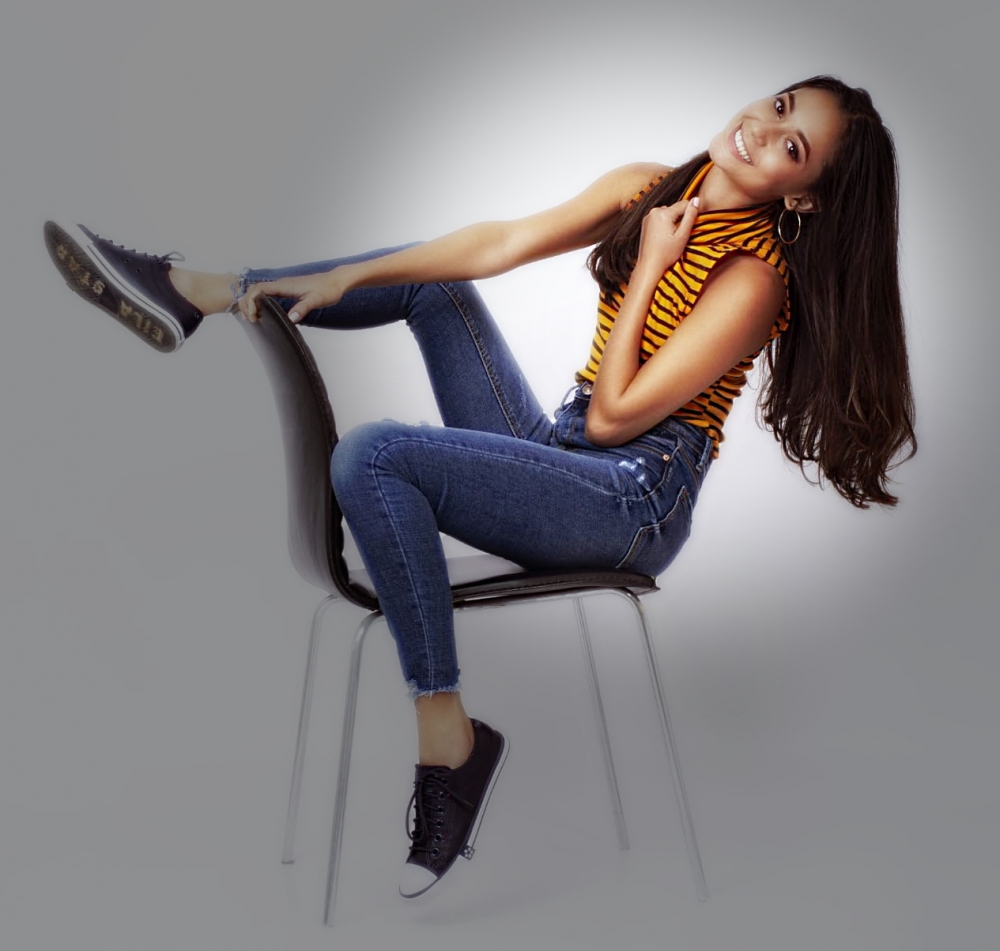 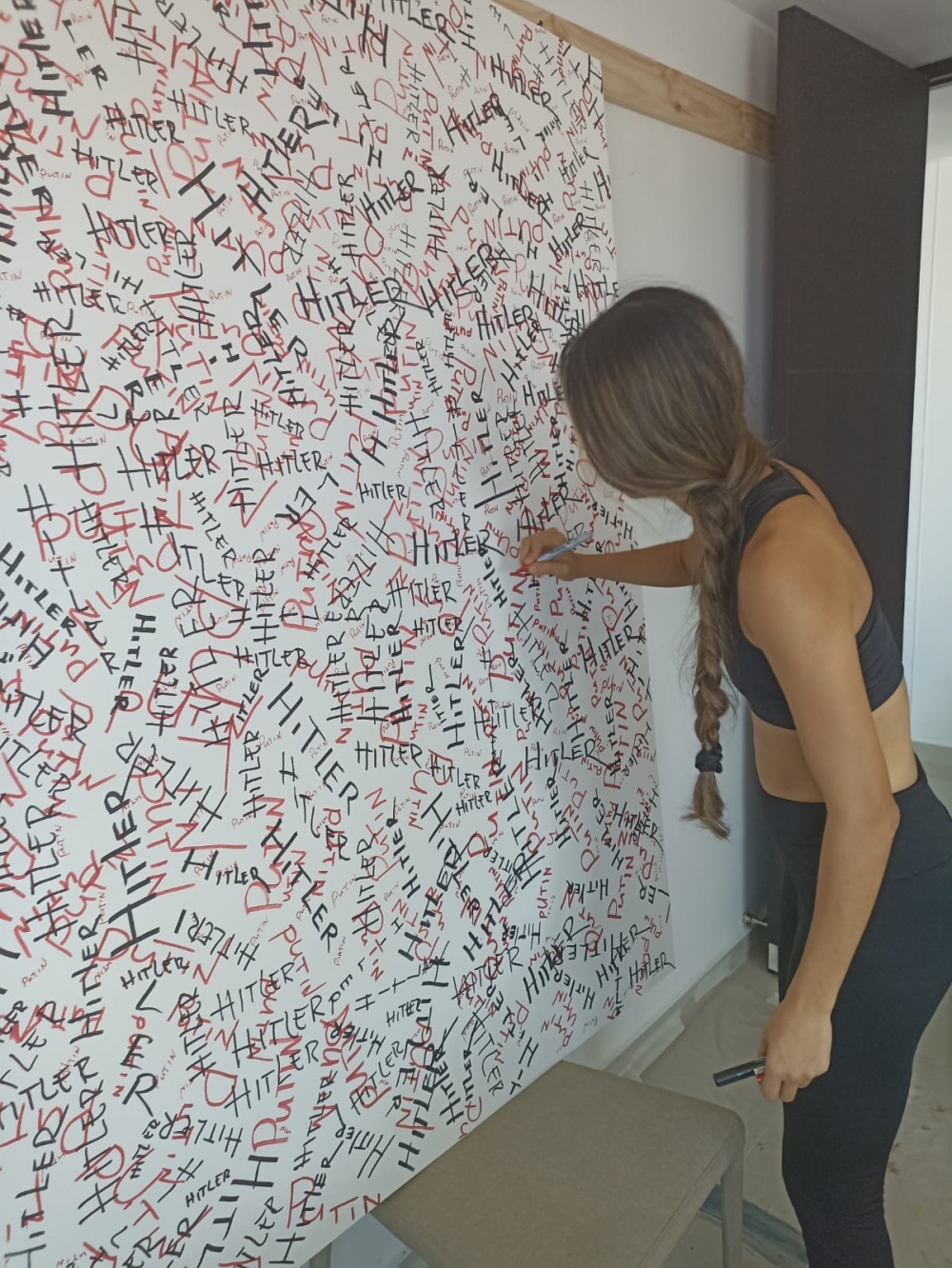 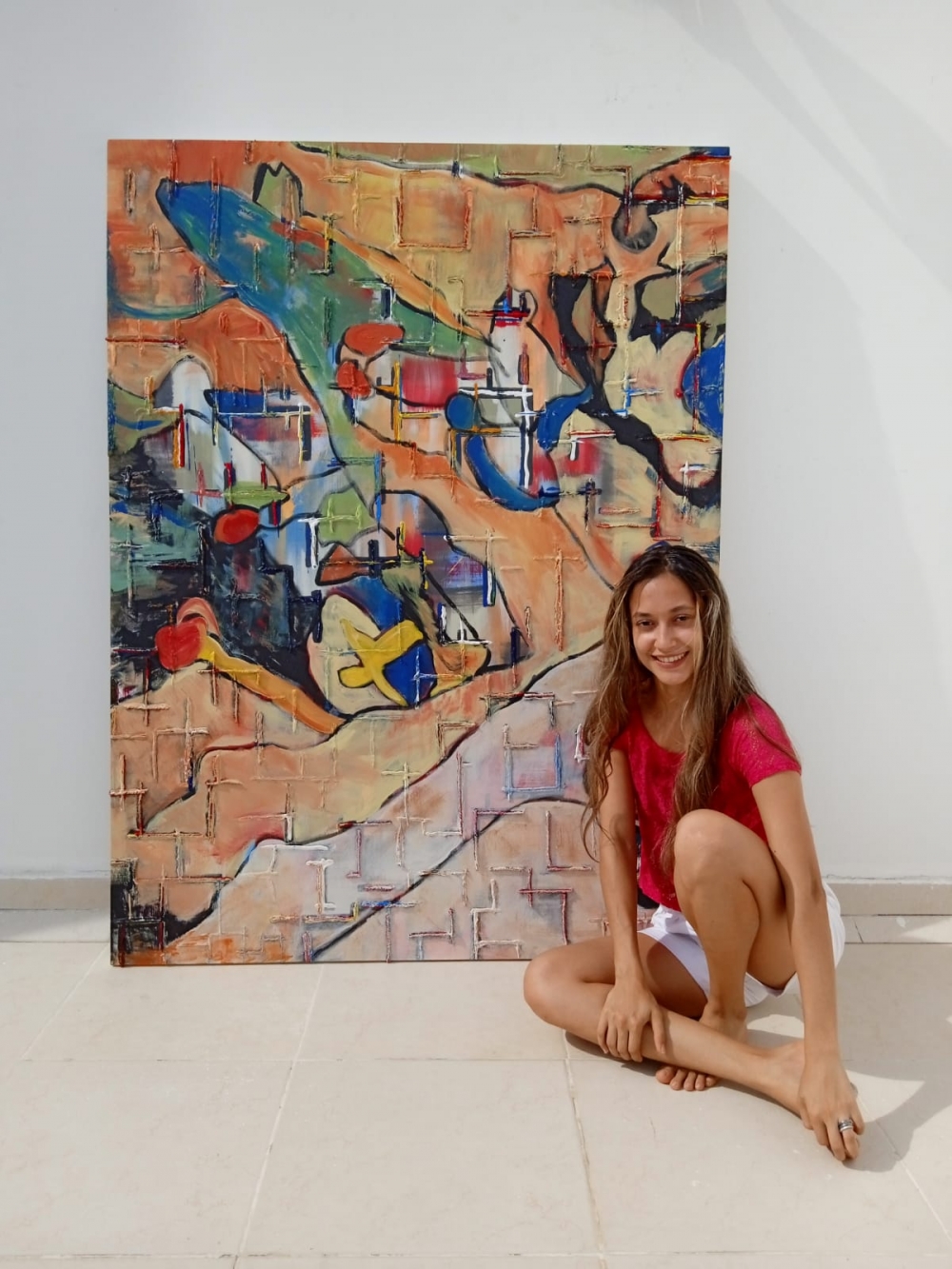 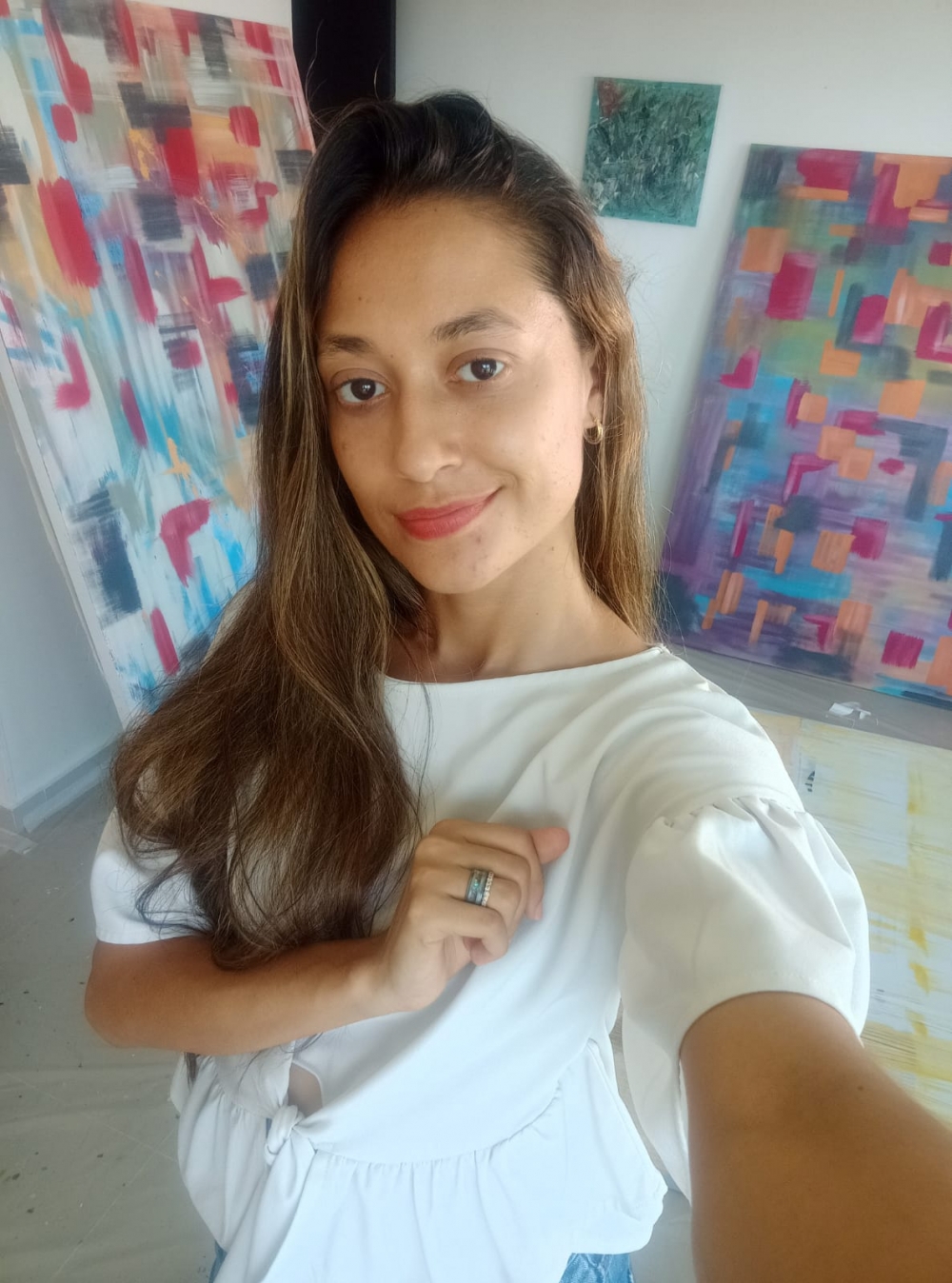